Bitcoin. You might not be familiar with it but you might be heard about it from everyone when it became so famous for blasting price 6,826$ of each. Some researchers speculating that the price will hit up to 25,000$ in the upcoming 3 years.

This myth is really surprising that people still think that you have to buy an entire Bitcoin. With the price going so high, people think that they can’t afford it so why would they buy? Without realizing that you can divide Bitcoin up and buy a part of it.

But you should not buy the smallest unit because it is less than a penny. you don’t have to buy a whole Bitcoin, you can buy a part of it or as much as you want.

People think that Bitcoin is totally anonymous and it can’t be tracked and that is quite not true because every Bitcoin transaction recorded on the blockchain, which is the laser which records everyone’s bunches.

So, even if there is no name attached to the wallet address, you could still possibly figure out what wallet belongs to what people depending on things like perhaps that person bought a Bitcoin on an exchange and then sent it to the personal wallet and used that wallet to buy something.

If the government go to the exchange and ask “Hey, who bought Bitcoin to that address”. they would probably tell the government if they’re bound by law or if you buy something at a store that accepts Bitcoin then obviously that store knows where that address was and who owns.

This is not true. If Bitcoin requires you to pay a fee, which ques it up into a pool of transactions and the miners’ mines a block and if your fee is high enough, they would put your transaction into the blockchain and then it will be confirmed and blocks suppose to be bind about every ten minutes.

So that means, you could wait about 10 minutes or more if your fee is really low in the comparison to a lot of people in front of you, which is a problem, recently. You have to wait for that transaction to get into the blockchain, it even considers the consider the transaction and also, a lot of times exchanges or other places that accept Bitcoin, requires multiple confirmations.

That means, you not only have to wait for first 10 minutes block, but you also have to wait till it goes deeper and gets out of it because it is not irreversible.

4. Bitcoin requires so many computing power 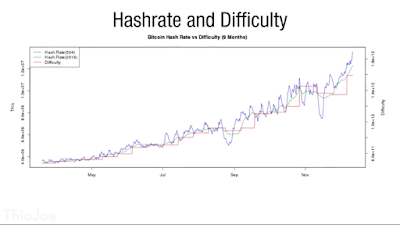 This one is really frustrating. I hear it all the time from the people who have no idea what they are talking about. First, you need to know that Bitcoin doesn’t need so many computing power.

The difficulty which is required to mine Bitcoin goes up as a result of that. It is not the other way around, it is not that you need to add more mining power to make Bitcoin work. It is that Bitcoin works however much mining power you willing to add.

If there is only one guy with one GPU who is running the whole Bitcoin network, it will still work. Bitcoin mining is expensive because of powerful mining hardware which is very expensive and they require too much power to run.

This one is more complicated than the other myths that, Bitcoin is worthless because it is not backed by anything. The basic answer is, you have to understand that what money is really backed by anything solid? we used to have the gold standard which agreed that 1$ will be worth whatever amount of gold but we don’t even do that anymore.

1$ is just worth a dollar, it is backed by the full trust government but it is based on trust at the end of the day. If the government shutdown then that money is gonna be worthless. The same idea is with the Bitcoin.

Bitcoin worth money because everyone agrees that it worth money. I mean, even if you look at gold, it says gold has intrinsic value.

We trust Bitcoin and it will be useful to transfer money, therefore, we want to make it worth money and its worth money because people say it. What do you think it doesn’t worth money? because the whole world trusts it and uses it instead of one government.

6. Bitcoin is the only cryptocurrency

This actually only those people think who newly started reading about cryptocurrency. But there is a lot of different cryptocurrencies.

I think up to a thousand, at that point, most of them are garbage, worthless and never will be worth anything but there are a few that are pretty popular for example litecoin, ethereum.

Which is technically a token. This is actually a software platform literally. It is not meant to be used for money. And there are lots of other projects that have run coins for different purposes.

So, it’s not that the Bitcoin is the only one cryptocurrency and no other can compete with it. No, there are others too, for example, stellar lumens. This can be used to do cheap payments and which you can naturally keep as in money.

Another popular coin is the ripple which is used for transfer money between the banks. But this is difficult to say whether they’re gonna be run forever or not but Bitcoin is not only the cryptocurrency.

So now onto the final myth. This one is, Bitcoin is pointless because there is no reason to use it over regular money. What is the point? it is not even better.

But there are very specific reasons that you might not be thought of. Using Bitcoin is much easier than a bank to do a transaction over the world.

For example, if you want to send  money to your friend in Germany or something, what do you have to do, you have to go to your bank and you have to make queue in front of the counter for hours and and even if you do online you have to wait for the next day to get confirmation and it will get converted into the different currencies that countries have and you have to pay fee for that and more problems.

And if you gonna do WIRE transaction it will take three to five business days. But superslow Bitcoin is relatively instant compare to that. You might have to wait for some time but it is not gonna be that long.

There are lots of different reasons that makes Bitcoin different from others. I can’t really get into all points.

This final myth is not a myth actually. It is a misconception. People think that Bitcoin is just like free money. They think that if you invest in Bitcoin you guaranteed to go up. That’s not a good way of thinking.

First of all its not true because Bitcoin is crashed several times and but it still going up but there is no guarantee that it will keep going up.

So, you should never invest more than your willing to lose. Don’t take a loan to invest in Bitcoin that’s some people do.

That’s all the things that people think about Bitcoin and hopefully, you now know something about it. Share your opinion in the comment box below. Thank you.

How To Never Get Hacked Again?| Crackers know Better Than Others.