Howdy crackers? In this article, we are gonna cover the topic How to create a Keylogger for windows 10 in Kali Linux. You guys may be thinking that what the shit is going on! we can download readymade keyloggers from the internet for free.

If you are thinking like that then you are wrong. Here we are gonna use a powerful tool called beelogger which can be used to generate fake adobe flash update, fake word document, fake pdf, fake pptx which are basically windows keyloggers.

This tool gives extra energy to the social engineering subject. We all face problems when we try to install a keylogger on other’s computer because they know about exe format files and they don’t want to install that type of unknown files but if we send them a word document file or a pdf file then there is a great chance of clicking on it.

This concept makes the tool different from others and that is why we can say it a very powerful tool.

If your all misconception cleared let’s begin the setup tutorial of the tool.

Fire up your Kali Linux Machine and make sure you are properly connected to the internet. Now we’ll download the beelogger tool from Github. The tool will automatically download and set up other packages as required such as wine32, python.
Now we’ll install the beelogger tool. Open up the terminal and follow the commands one by one.
⏩ cd Desktop
⏩ git clone https://github.com/4w4k3/BeeLogger.git
⏩ cd BeeLogger
⏩ ls
Now if you are seeing the install.sh bash script then you have downloaded it properly. We need this script to start the final installation. Just type the command ./install.sh and hit enter. Now it will start downloading additional dependencies required to run the tool. Just let it read the list and start the installation process of the dependencies. 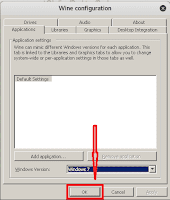 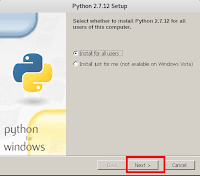 If it appears any popups asking for installing them such as python hook, pywin, wine32 just click next, next and finish. No need to configure anything but if you are a pro then you can adjust the configuration but not necessary to do so.

Now close the terminal and open a new terminal because it is probable that the previous terminal can get some error after installing Py Hook.
In the new terminal type the commands one by one
⏩ cd desktop
⏩ cd BeeLogger
⏩ ls
⏩ python bee.py
After entering the bee.py python script if you are seeing a logo as the picture given below then you have successfully installed the beelogger tool without any error. 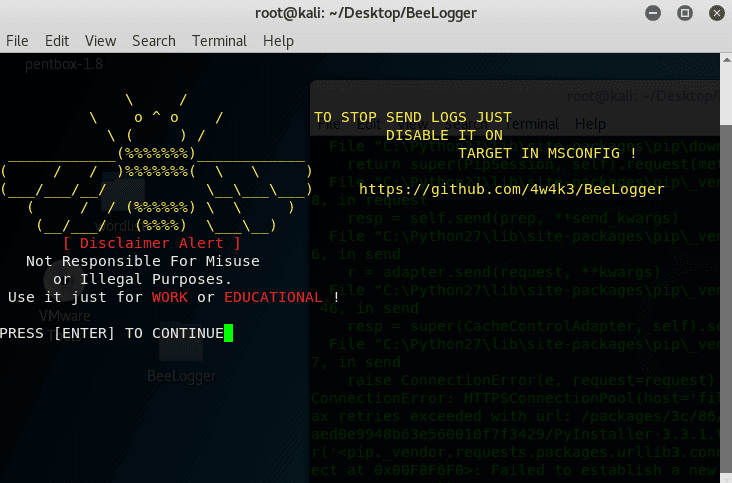 Now press enter to continue as it saying. It also warns you not to misuse or do not use it for an illegal purpose. Follow the warning. They are not responsible for any kind of damage, you will be responsible for damages, remember that.
At the next, it will give you options to [K] Generate keylogger or [U] Update the tool or [Q] Quit the tool. Just press K and hit enter to get access to the options to generate different types of keyloggers. 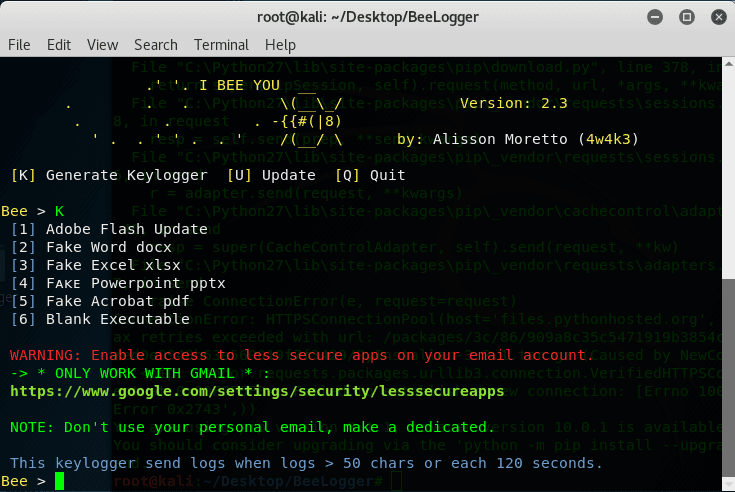 The first option i.e Adobe Flash Update is maybe the best option among the 6 options for social engineering.
The second option of generating fake word docx is quite convincing and the 3rd option is not so good because it basically generates .exe format files and the people who are experts in computing can easily recognize that.
The other 4 and 5 options are also convincing. You can use all except 3 and 6 if you are trying to hack a person who is quite an expert in computing.

This tutorial is only for educational purposes. Don’t use it on other’s property without the owner’s permission. Hacking anything without the owner’s permission is purely illegal. We are not responsible for any kind of damage.
If you liked the tutorial leave us a comment and if you are facing any problem with installing or using the tool, feel free to leave a comment below describing your problem. Our team is always here for you. Have a successful hacking journey and don’t get caught.

Cracker’s Advice: How To Access The Dark Web Securely.

How To Bruteforce Instagram login Anonymously in 2020 | Kali Linux